Home
All Around
What Does Your Eye Color Say About Your Personality? 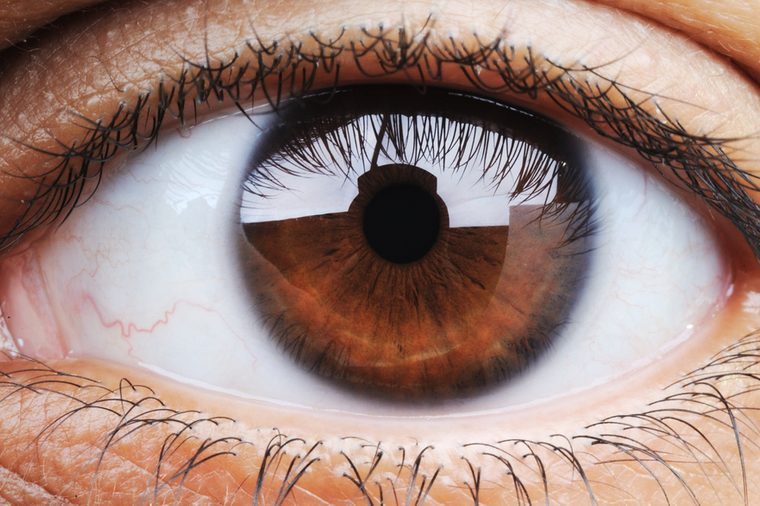 “The eyes are the window to man’s soul” is one popular phrase in every part of the world. You may be surprised to hear that it’s not so far from the truth. Science has turned that phrase into reality and here’s how.

If you’ve ever answered one of those online quizzes that ask you to choose a door and then “reveal” some personal information about yourself, know they are not 100% accurate. Yes, they’re fun but there’s more to you that beats guessing.

Our eyes are a physical part of us and can tell a lot about us; more specifically, about our personality.

A study was carried out by scientists in Orebro University in Sweden to see if there was a relationship between a person’s eyes and his/her personality. It was discovered that patterns in the iris can indicate if a person is warm and trusting or neurotic and impulsive. The eyes of 428 subjects were compared to their personality traits to see if these patterns in the iris reflected their characters. Their results showed that our eye colour is affected by the same genes that form our frontal lobes, showing that there are distinctly shared behaviours in people with similarly coloured irises.

A statement from the lead behavioural scientist of the study at Orebro University, Matt Larsson says “These findings support the notion that people with different iris configurations tend to develop along different trajectories in regards to personality.”

To further add to this, another study was carried out by Dr Anthony Fallone at Edinburgh University. He also looked at the connection between eye colour and personality. His research concluded that the eyes are closely linked neurologically to the brain so much so that you can call the eye the only part of our brain that is seen from the outside. It’s possible it holds vital clues to our brain function.

Dr Jari Louhelainen, a senior lecturer in biomolecular sciences at Liverpool John Moores University says, “What we know now is that eye colour is based on 12 to 13 individual variations in people’s genes.” This is way different from what we thought that there was one specific type of gene for dark eyes and a different one for light eyes. At least now we know what the truth is.

Different personality traits have been grouped based on eye colour and they are fascinating no less. Let’s see the different descriptions under the eye colours:

This is the first on the list. Don’t be too surprised when I say you are more likely to be a natural born leader. Try asking a few friends around if you’ve been pegged correctly. We sometimes don’t see in ourselves what people see in us.

If you’re one of those who have eyes that appear almost black that they are so dark, consider yourself a rare being. This eye colour is not so common. Character-wise, they are regarded as being secretive or mysterious. A study in current psychology reported by Medical Daily negates this though saying that they are thought of as being agreeable.

There have been other studies on the characteristics of people with dark eyes.  One study by Fort Hays state university found that people with darker coloured eyes are better at sports that require hitting targets like tennis. Another study published by Personality and Individual Difference said that dark eyed people tend to drink less than those with lighter eyes.

Of all the personality traits you possess, two worth mentioning are inner and physical strength. It might not be visible to others but know you possess these. The thing is people might even judge you negatively as untrustworthy, shy or weaker than you really are. Not until they get to know you will they see the real you.

Medical Daily reported that “many people perceive people with blue eyes as being ‘competitive’ and even ‘egotistical’.” This may be the reason why you may have been treated differently from others. It’s because of your eye colour.

An excerpt from The Daily Mail reported, “In 2006, German psychologists found that blue-eyed children tended to be wary of new things and were considerably less open around their peers.”

Despite all the negative estimations, a study was carried out by the University Of Pittsburg School Of Medicine. The lead doctor, Dr. Inna Belfer said that in a study that involved 58 pregnant women of whom 24 had dark coloured eyes and the other 24 had lighter coloured eyes; those with lighter eyes showed greater reductions in postpartum anxiety, catastrophizing/rumination and depression.

The study discovered that women with lighter-coloured eyes seem to be able to tolerate childbirth than those with darker eyes. They were also able to handle the stress of childbirth better.

I just love the colour brown. Don’t you too?  The Charles University in Prague released a statement saying that those with brown eyes are seen as being loyal, trustworthy, gentle, respectful albeit not submissive one bit. Don’t you just love traits?

Well, a study was published by Chronobiology International and it said that persons with brown eyes have a different sleep pattern from the rest of us mortals. Just kidding!

The research showed that those with brown eyes tend to sleep two hours less than those with lighter coloured eyes and generally have a poor sleep cycle. Another thing found out was that brown eyed individuals have a harder time waking up in the morning.

Hazel eyes are on one end of the scale when it comes to eye colours. They are uncommon so much so that those with this shade are told from a young age that they are unique.

If one was told to describe hazel colour, I’m sure they’ll find that a bit difficult to do. This colour is called hazel because of its resemblance to the colour of hazelnut.

Hazel eye colour varies from one person to the other, the same as the amount of melanin in the eyes. Those with this eye colour are difficult to read.  Because of this, it is often difficult to pin down a personality type. The common ground seems to be that they are not extremists. They have a balanced personality.

“People with hazel eyes might have mixed colours in their eyes due to materials from the bloodstream that were broken down due to liver imbalance,” says Matthew Leach of the University of South Australia. Don’t be too surprised to find out some of them might have a little digestive problem.

Now if you find yourself in this group, permit me to be a bit envious of you. It seems most people view you as being mysterious, sexy and alluring.

A study was released by the Impulse Corporation of Los Angeles as it regards eye colour. When persons were asked, the most common word that described green eyes was “sexy”. Also, when asked what colour they would change their eye colour to if given the opportunity, the majority went with “green”.

An ophthalmologist surgeon, Dr Hamadi Kallel has gone through several types of research done on the subject of eye colour and has something to say, those with green eyes “have an air of mystery and a quiet self-sufficiency. [They are] often unpredictable, but slow to anger… They are original, creative and perform well under great pressure.”

Grey eyes are a rarity. Try taking a walk down the street in your local vicinity and you’ll be convinced I’m right.  Grey eyes are a variety of blue eyes; they’re just a bit darker.

There are two variations of grey coloured eyes. “Dark grey eyes have more melanin in front of the eyes while pale, light grey eyes have considerably less melanin,” says the Tech Museum of Innovation.

On the other hand, having light grey eyes signify you might have worked little to get to where you are in life now. It also shows that you are hardly taken seriously hence your defences are always up. It also takes a while for the defences to come down but when they do, you care deeply for those who are able to get in.

Please tell us we got your description right?

Bear in mind, however, that these studies relate our eye colour to our personality traits but our life experiences are what shapes us into who we are and how we react to situations.

We’ll love to know your thoughts on this. Please drop your comments below.