Home
Lifestyle
Most Expensive Shoes in the World (2022 Update) 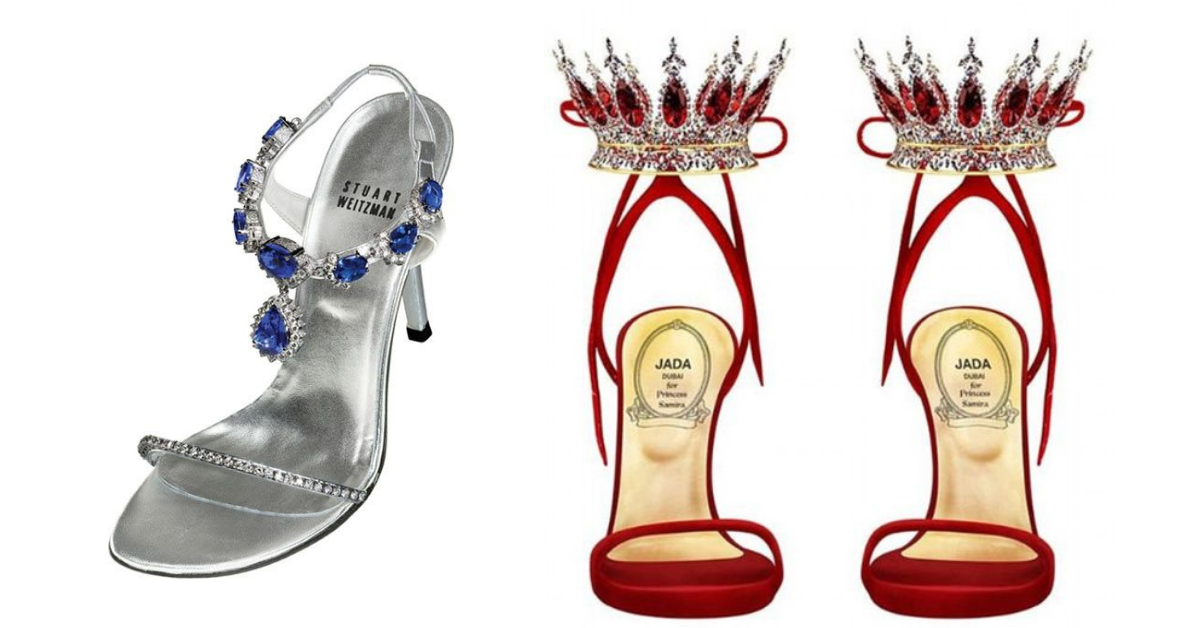 Shoes are an important accessory for every woman’s wardrobe. They can define a woman’s style and, at the same time, they must be practical and comfortable. Buying new shoes is always something that women look forward to, but some pairs can turn out to be too expensive.

The world of fashion is filled with pricey creations, some even worth more than a house. Although most women can’t afford to buy these expensive models, they still like to look at them and dream of owning at least one pair someday.

Kiwiwell brought you the most expensive and amazing shoes men and women spend disturbing amounts on. Do you know any other pairs worth mentioning? Comment below and tell us your favorite shoe brand.

Most expensive shoes in the world

Stuart Weitzman Ruby Stilettos made in 1997 is the most expensive shoe for women. These pumps are decorated with 1400 rubies and 350 diamonds of rose-cut and D color. Although Stuart Weitzman claims that these pumps cost $ 1.6 million, other sources claim that their market price is much lower – about $ 100 thousand. 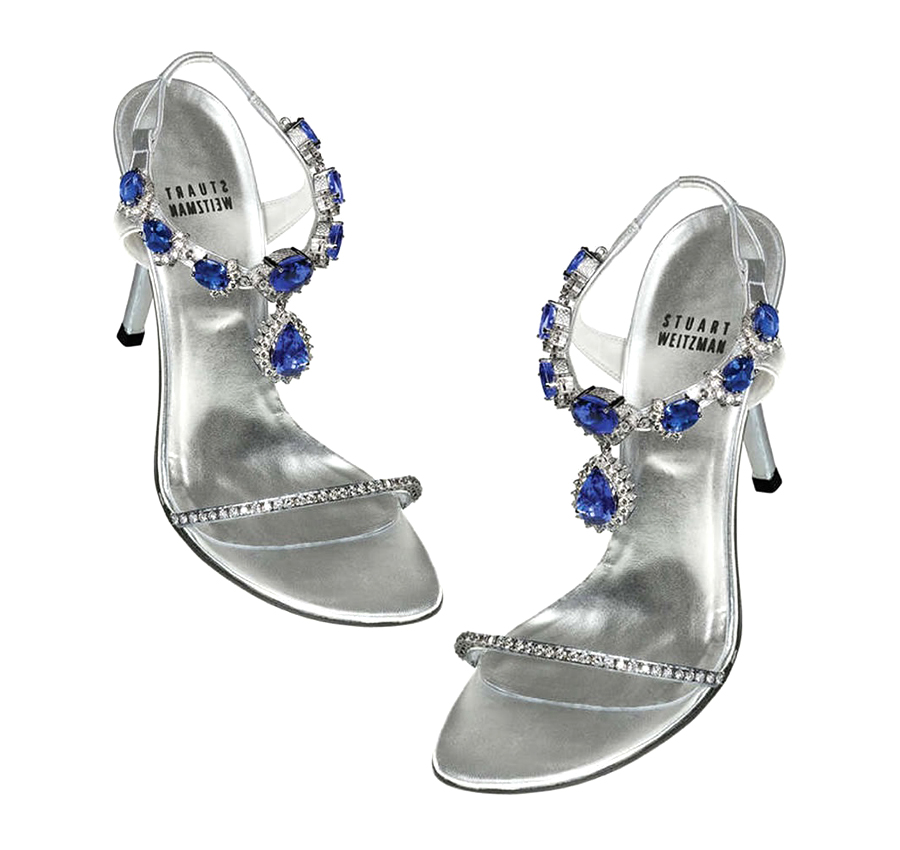 In 2008, Stuart Weitzman presented a new model of shoes. They are made of jewelry leather and encrusted with tanzanite stones. The outer side of the shoe features a large area that is decorated with pink stones. Each pair of these exclusive shoes costs $ 2 million. According to the designer, he intended to produce 100 pairs of shoes, but by 2009 only 70 pairs were made.

The Stuart Weitzman Diamond Dream Stilettos were auctioned for $5 million in order to raise funds for the company’s foundation. The diamonds and platinum pumps were inspired by Audrey Hepburn’s iconic black strappy shoes from the 1960 film Breakfast at Tiffany’s. They were designed by Stuart Weitzman and raised money for children suffering from leukemia.

Stuart Weitzman Diamond Dream Stilettos have a 5-inch heel and are covered in more than 1,215 VVS diamonds. They were donated to the Breast Cancer Research Foundation by philanthropist Coty Hogue, who paid $5 million for them at an auction organized by Stuart Weitzman. 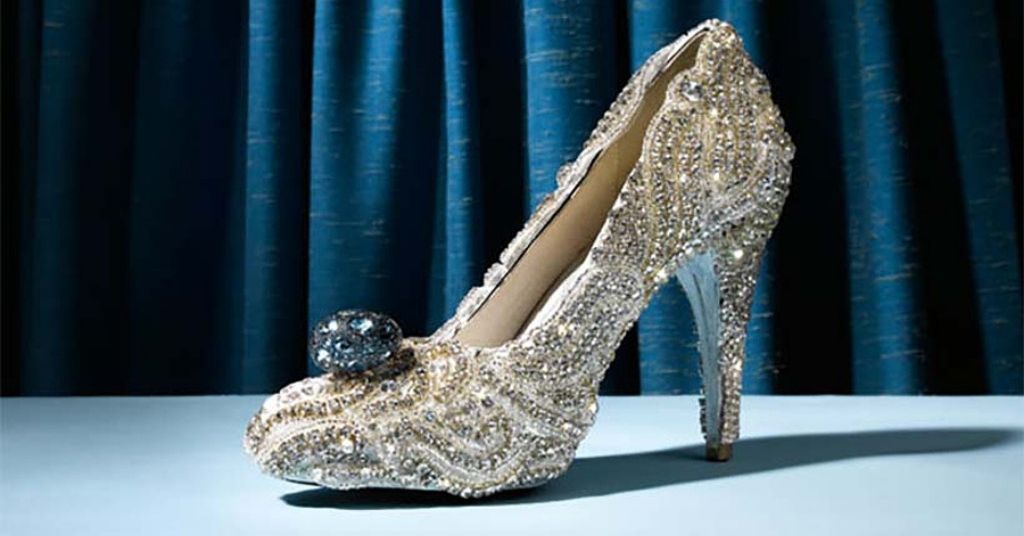 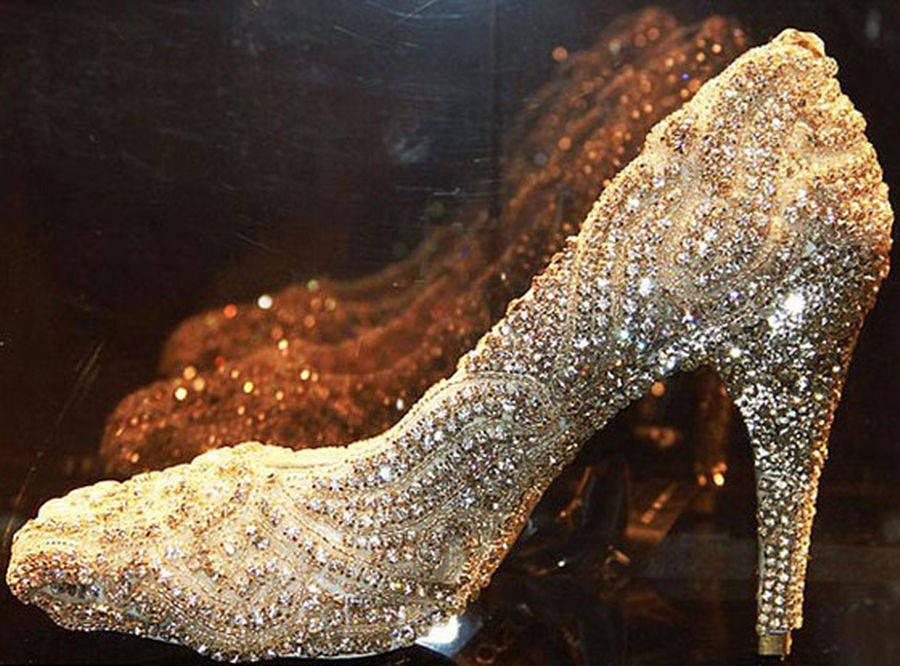 These shoes were made in 2008 and decorated with 1010 diamonds weighing 48 carats. In addition to precious stones, these pumps feature a gold heel. They can be considered luxurious due to the fact that they weigh at least 800 grams and have a height of about 10 centimeters.

A pair of ‘Wizard of Oz’ Ruby Slippers was auctioned for $6.1 million dollars back in 2000 by actress Debbie Reynolds. The shoes were worn by Judy Garland as she played Dorothy Gale in the 1939 film version of The Wizard Of Oz.

The shoes are made of sequins, red glass, and trimmed with seed pearls. What makes them so special? The Ruby Slippers were the last pair of ‘Oz’ shoes that MGM owned. They had to sell the shoes in order to get out of bankruptcy. The shoes were purchased by Ripley’s Believe It or Not, which has a museum in Hollywood, California. The shoes had been on display for years at the MGM Grand Hotel and Casino in Las Vegas.

Stuart Weitzman Rita Hayworth Heels were made in 2006. This picture was created based on a photo of American actress Rita Hayworth from the 1940s. They have special peep toe to display the red-painted nails, which are an attribute of this famous actress known for her hot sexuality and flawless beauty.

These shoes look like red ruby and they are really nice shoes. With 4,600 rubies and lovely diamond carats, you just can’t ask for any other shoe! Designed to celebrate the cult movie’s 50th anniversary, a pair of Harry Winston Ruby Slippers will cost you $3 million.

Alison Krauss first used this shoe at the 2004 Academy Awards and many people fell in love with the shoe at once. These Cinderella Slippers from the stable of Stuart Weitzman come with 565 diamonds and the finest Italian leather. This explains why the shoes remain the delight of every girl but you can’t have a pair of these shoes unless you are ready to part with $2 million.

These shoes come with 464 diamonds and they look so amazing that everyone would want them! Also, jewels beautifying these shoes can be removed and used as necklaces. But, talk about the cost, these every-girl-dream shoes will cost you $1.9 million. 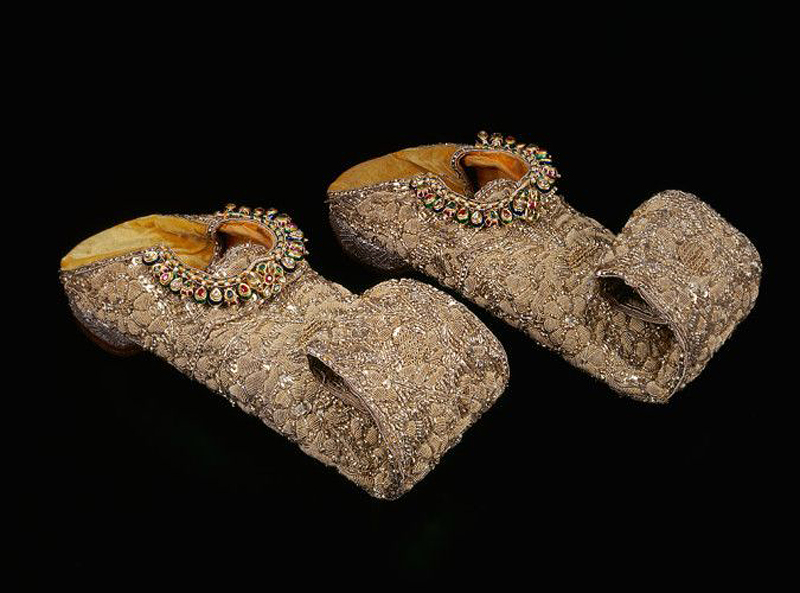 These shoes may look odd or unfashionable but they dated back to the 18th century and they are very durable. Belonging to Nizam Sikandar, these shoes come with nice diamonds, rubies, emeralds, and a good amount of expensive gems but you have to part with $1.6 million before you can get a pair of these shoes.

These shoes bring back the memories of Hollywood’s monochrome days and they have an amazing appearance. The shoes come with embellished large golden roses and each rose is made up of 1,800 diamonds. The remaining part of each pair comes with additional 400 diamonds and you just can’t ignore the attractive look of these shoes.

Everyone expects shoes dedicated to Marilyn Monroe to appear on this list. True, these shoes are amazing and they come with lovely crystals, which showed why the legendary actress loved using them. The pair were first seen in the legs of Regina King during the 2005 Academy Awards but you will have to part with $1 million to have a pair of this lovely shoe!

Stuart Weitzman Platinum Guild Stilettos were made in 2012. They feature a heel that is decorated with 6400 pavé diamonds weighing 755 carats. In addition to diamonds, these shoes feature a metallic plate that is covered with platinum. These shoes, which first appeared at the 2002 Oscars, are certain to make any woman happy and any man richer by $1.09 million.

Debbie Wingham High Heels were made in 2008. These exclusive shoes are decorated with diamonds and colored stones: rubies, sapphires, and emeralds. They can be considered luxurious due to the fact that they weigh at least 800 grams and have a height of about 10 centimeters. Debbie Wingham’s high heels were presented at the exhibition LE CHIC PRIVE “Haute Couture à Prix coutant”. This exposition attracted a lot of attention due to the fact that the price of one piece of clothing was equal to its weight in gold.

Jada Dubai and Passion Jewelers Passion Diamond Shoes were made in 2012. These fashionable shoes are decorated with 1008 diamonds weighing 2170 carats. They feature a metallic plate that is covered with gold, which makes them even more expensive than the Stuart Weitzman Platinum Guild Stilettos ($ 1.09 million ).

Moon Star Shoes were made in 2008. They were created by Antonio Vetri and designed by the famous French designer Christian Louboutin as a tribute to the great Marilyn Monroe. Moon star shoes are decorated with black diamonds, which give them an original look. It is estimated that they cost about $ 19.9 million.

Hermès Black Birkin Diamond Edition was made in 2010 and can be considered luxurious due to their exclusive style and high price: $ 250,000. These shoes feature a heel decorated with 20 carats of black diamonds. They are made from Iris leather and include gold fastenings that symbolize the Hermès logo.

The Passion Diamond Shoes were designed by Jacob Arabov, better known as Dsquared2, the designer of famous brands like Dsquared2 and Dolce & Gabbana. These shoes cost $17 million and are considered lavish due to the fact that they are studded with almost 1400 diamonds weighing 1879 carats.

Only 25 pairs of these amazing shoes were released and they were signed by Kobe Bryant, the retired American professional basketball legend. Being high-performance shoes, Autographed Kobe Air Zoom are very light and they offer the best support you can ever desire. Each pair goes for just $30,000 and you will surely love it.

Don’t check these shoes out when you have a scarcity of funds. Because, if you do, you might have to do the unimaginable, just to have them. Gold-Dipped Nike Dunks come with a 24-carat gold and Midas touch, and they are just perfect for you! These shoes are designed by Kenneth Courtney, and you really will love them.