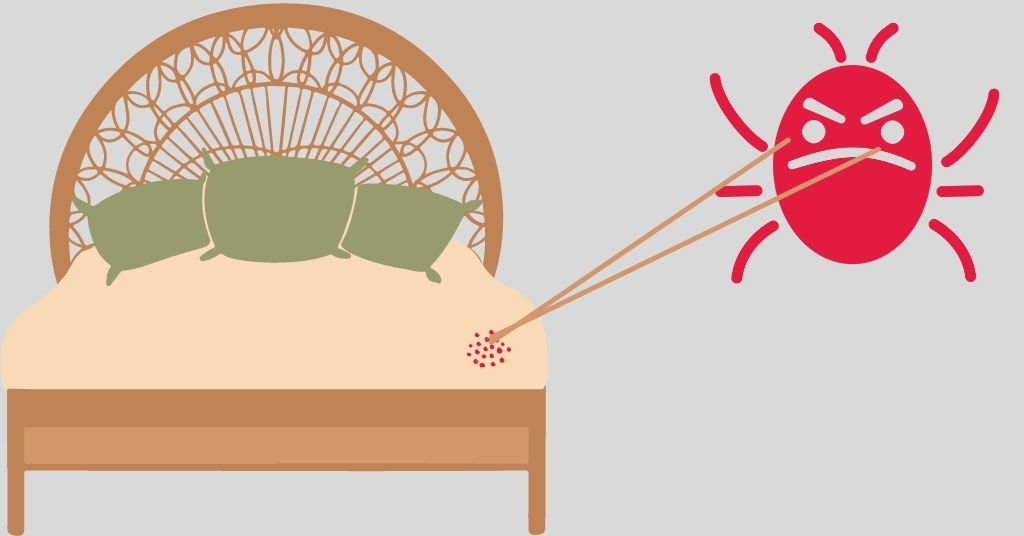 Bed bugs, scientifically known as Cimex lectularius, are tiny insects that feed on the blood of humans and other warm-blooded hosts. They typically hide in cracks and crevices during the day and come out at night to bite exposed skin to drink their fill of blood before returning to hiding. Although they do not spread disease, bed bugs can cause secondary skin infections and allergies in some people.

How Do Bedbugs Get into Your Home?

Since bedbugs travel very easily, they can spread throughout a home. The bugs are usually brought into the house via second-hand infested furniture or clothing that is taken into the home. They might be hiding in suitcases after hitching a ride with an unsuspecting traveler. Bed bugs also migrate to different rooms of the house by riding on household members.

After getting into a home, bedbugs can easily hide in the smallest of spaces. They typically hide in seams and crevices on mattresses and box springs, headboards, dressers, baseboards, rugs, and carpets. Bedbugs have even been known to set up shop inside electronics such as televisions and computers.

How Do You Know If You Have Bed Bugs? 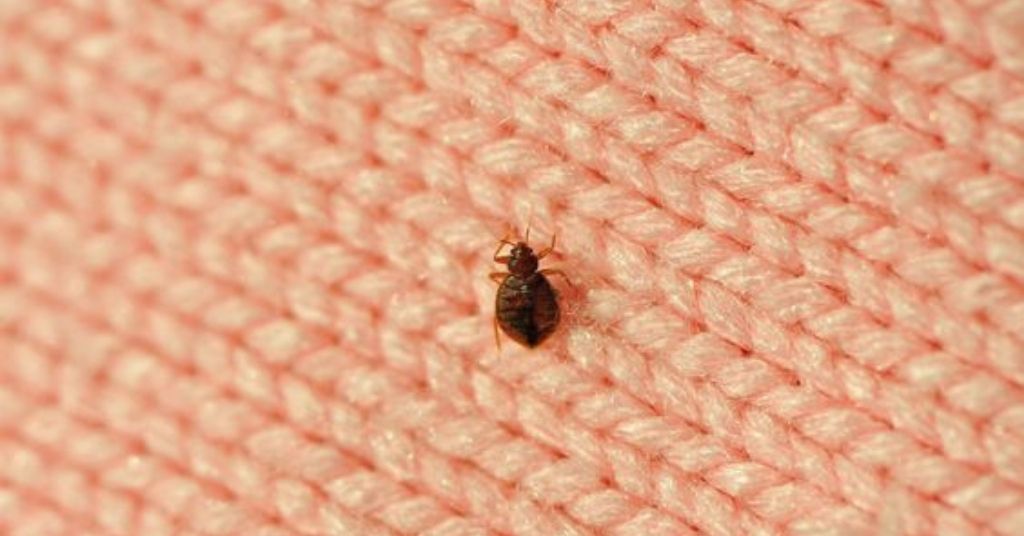 Because they tend to hide in the cracks and crevices, bedbugs are hard to spot on their own. In fact, people often don’t realize that they have a bedbug infestation until bites begin showing up on their skin during sleep. However, if you want to know for sure if you have bedbugs, you can collect some of the bugs and look at them under a microscope. Another option is to place sticky tape around your mattress seams or other hiding spaces. When you remove the tape, look for tiny red or black dots on the tape that might be bedbug feces or eggs.

As mentioned earlier, bedbugs often hide in the seams of mattresses, particularly along the edges. If you lift up your mattress and see dark spots, that might be bedbug droppings or dried blood left behind after a meal. Bedbugs tend to leave multiple bites in a row, but it is very rare for them to bite more than once at each mealtime.

How Can You Get Rid of Bed Bugs?

Many people who find out that they have a bedbug infestation turn to over-the-counter pesticides and sprays. However, individuals who want to avoid using harsh chemicals can use diatomaceous earth as a natural pesticide that kills bedbugs without toxic substances or dangerous fumes. Sprinkling diatomaceous earth over the seams of mattresses, carpeting and baseboards is a great way to get rid of bedbugs. Diatomaceous earth is very sharp and kills bugs through dehydration. When the insects come into contact with diatomaceous earth, they absorb it through their joints and exoskeleton. The shards cut up their insides and cause them to dehydrate or bleed out.

What Do You Do After Getting Rid of Bedbugs?

There are a few things that you can do after you get rid of bedbugs, including washing all your clothes in very hot water and disinfecting any used furniture before bringing it back into your home. You might also want to throw out old mattresses and box springs that were used to house bedbugs if they can’t be cleaned properly.

How Can You Prevent Bed Bugs?

One of the best steps you can take to avoid a bedbug infestation is to protect yourself while traveling. Make sure your luggage doesn’t touch the floor and check your hotel room for any signs of bedbugs. If you find bugs or signs that they have been there, then change hotel immediately. Also, avoid used furniture and clothing while traveling.

If you are staying in a hotel room that may be infested with bedbugs, then consider bringing along diatomaceous earth to use for protection. Diatomaceous earth can also help you to prevent bedbugs when you are home. Simply apply it along the seams of your mattress and around any furniture that has hiding spaces for bedbugs. You can also leave some diatomaceous earth in various parts of your home, particularly in rooms where you spend a lot of time. This way, if bedbugs come near, they will immediately be killed.

Is There a Way to Get Rid of Bedbugs Without Chemicals? 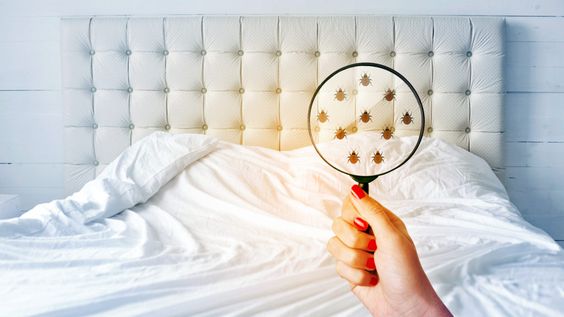 Yes, diatomaceous earth is considered a natural pesticide and can be used as an effective way to kill bedbugs without chemicals or pesticides. When the bugs come into contact with diatomaceous earth, it cuts up their joints and causes them to dehydrate or bleed out.

What is Diatomaceous Earth?

Diatomaceous earth isn’t actually an earth at all. It’s the fossilized remains of tiny water plants known as diatoms that have formed hard, crusty deposits in the soil. Diatoms are made up of a wide variety of minerals including silicon dioxide, calcium, sodium, and magnesium. When these deposits are found in nature, they have formed into clumps that can look like sand or dust. However, when ground up into a fine powder, diatomaceous earth kills bugs by dehydrating them after getting cut up under their exoskeleton.

Diatomaceous Earth is composed of tiny fossilized water plants. When the plant remains are ground into a fine powder, it can be used as an effective way to kill bedbugs without the use of chemicals or pesticides. 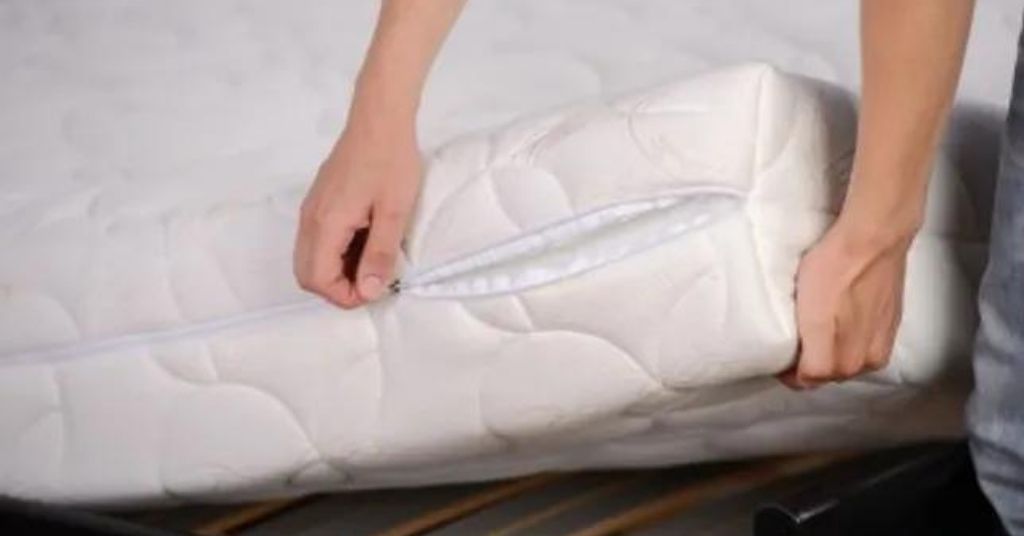 Once you’ve used diatomaceous earth as a natural pesticide to kill bedbugs, it is wise to take several further steps in order to prevent them from coming back. You can do this by washing clothes and linens in hot water and disinfecting furniture and mattresses before bringing them back into your home. If you suspect that there may be bedbugs in your home, then you might want to consider throwing out old furniture that can’t be washed.