We all love food and truth be told, we love to throw anything seemingly sweet or delicious into our mouth. However, there are some foods you should completely avoid whether they are delicious or not. These foods contain chemicals that are harmful to your body and could lead to health conditions and diseases such as heart disease, hypertension, diabetes, obesity, and a host of others. Doctors refer to these foods as unhealthy foods and they are destroying your health. kiwiwell made a list of these foods that are generally unhealthy and you should avoid according to nutritionists. 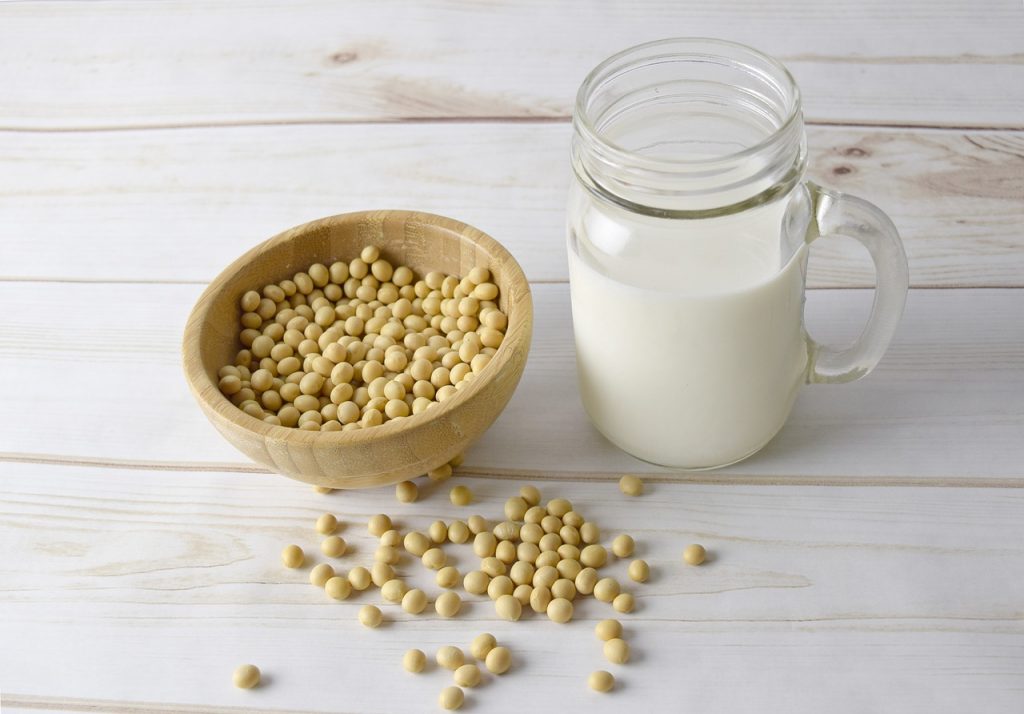 Soy products have been regarded as “healthy” like margarine – they are staples in the diets of numerous health-conscious people, vegetarians, and vegans. However, soy products contain a chemical compound called Isoflavones. Isoflavones mimic the human hormone “estrogen” which can cause problems with puberty, fertility and reproduction, and childhood growth and development. 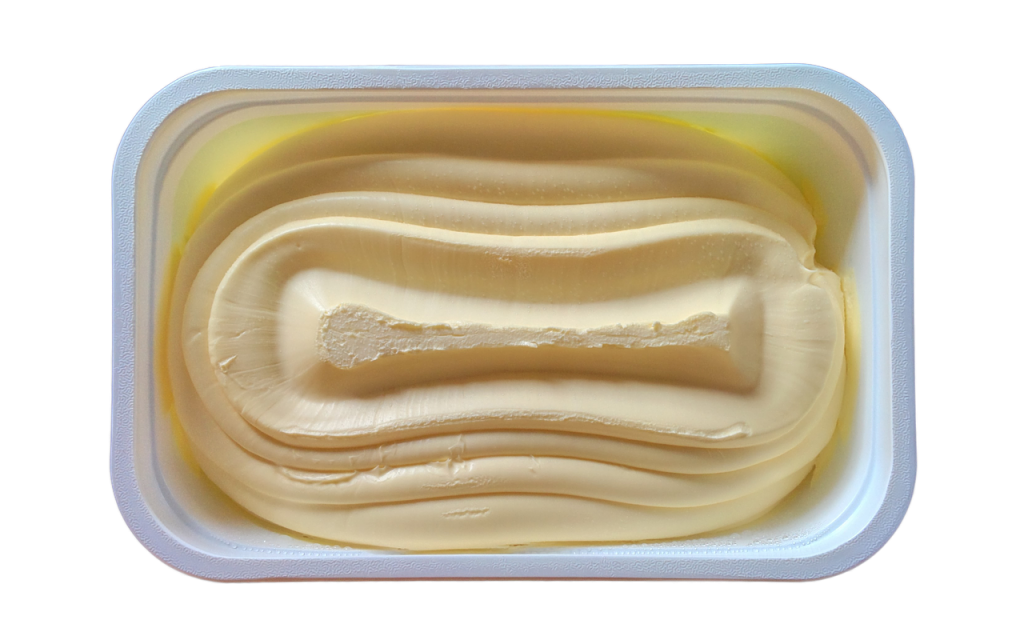 Based on the fact that margarine is made from vegetable products as opposed to animal products, margarine has always been undeservedly regarded for being healthy or light and a lot of people will pick margarine over butter. The risk posed by margarine is that the vegetable oils used for its production have been hydrogenated, and for this reason will always remain solid at room temperature – this implies their richness in Trans fats. Trans fats, on the other hand, poses great risks to the body because they can develop into bad cholesterol in the arteries – this increases your risk of stroke and heart attacks. 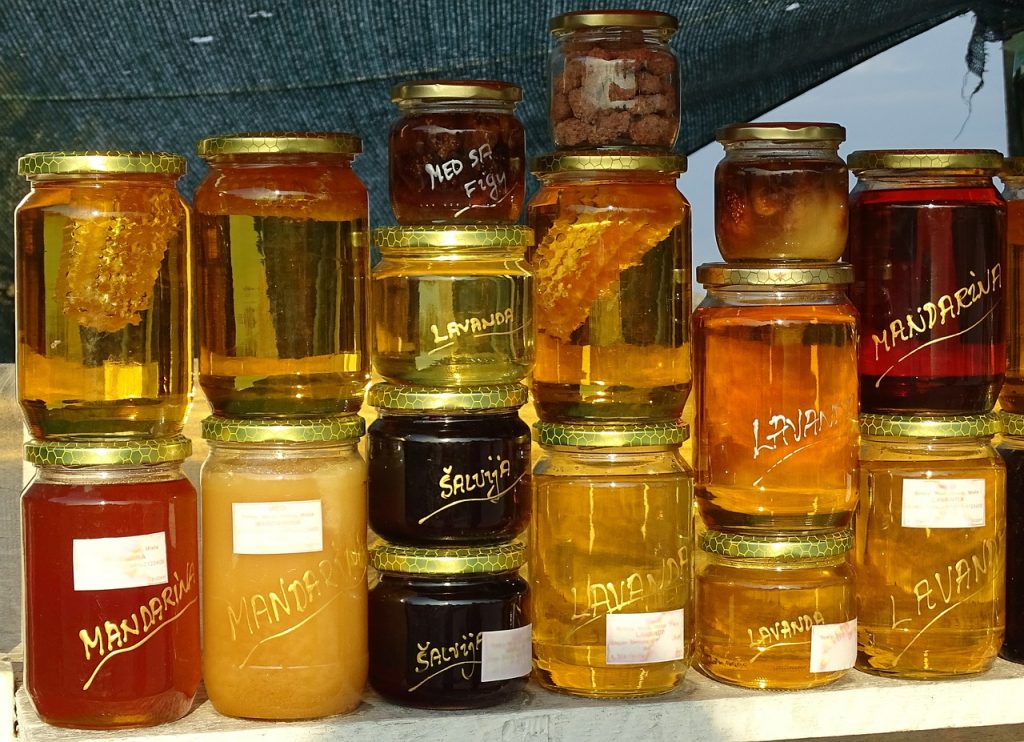 Almost every item labeled “diet”, “light” or “sugar-free” will surely contain some type of artificial sweeteners like aspartame or sucralose. Unfortunately, most people who buy such products are those who are trying to achieve their weight loss goals. Yet in actuality, these sweeteners have been connected with increased blood sugar levels and at times to some more serious issues like an increased risk for obesity, diabetes, and high blood pressure. The use of regular sugar is a better option – or better still, cut out sugar intake from your diet. 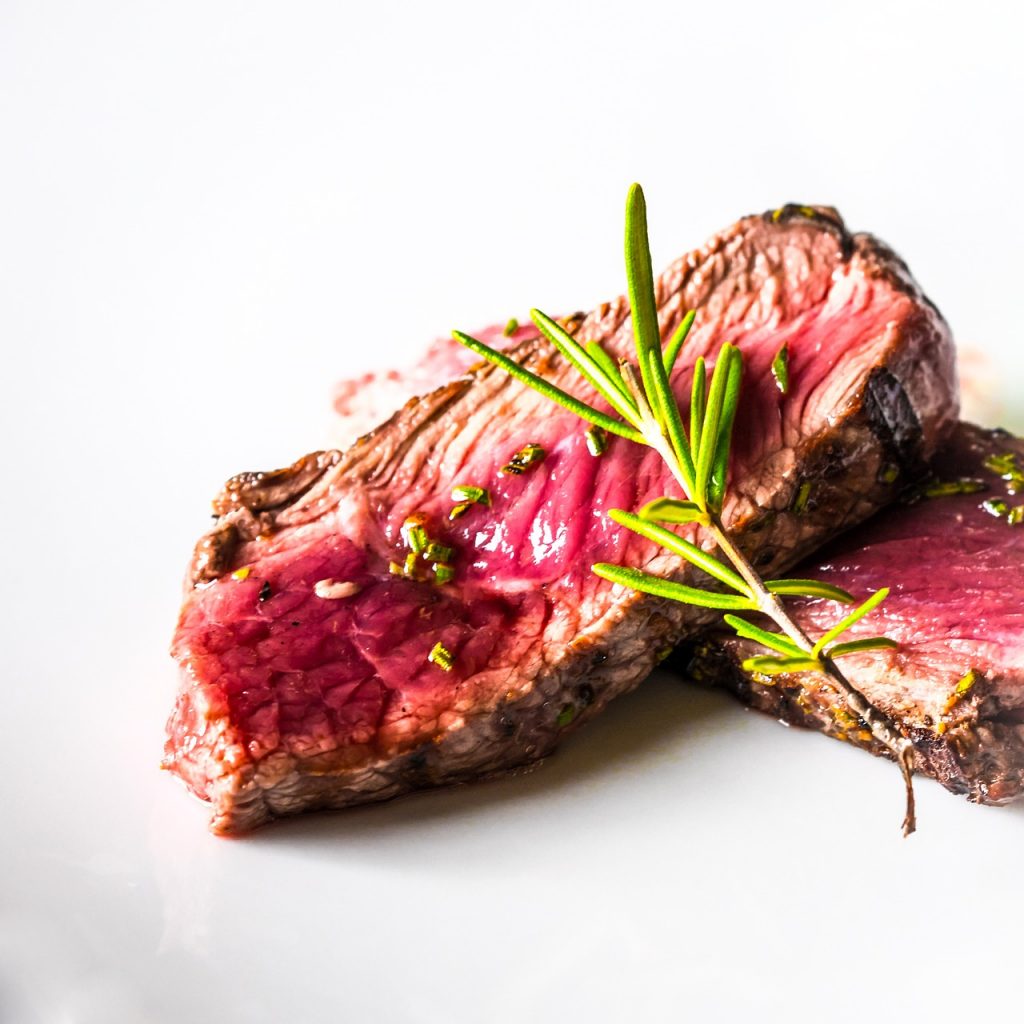 Hot dogs on Independence Day or ham and sandwiches are at least somewhat American. However, there is a reason why they made this list of foods you should never eat again. Processed food may taste pretty good, but the reverse is the case for your health. In actuality, research was conducted earlier this year and the findings connected a high or increased consumption of processed meats with a bigger risk of colon cancer. Sadly, not only hams and hot dogs are included, but also sausages, deli meats, bacon, and several other processed products.

Soft drinks (only second after water) remains the most popular beverage drink among Americans. Be that as it may, the Coca-Cola age ought to be careful: the high content of sugar (typically in the form of high fructose corn syrup) in these beverages spells trouble. What these beverages do to the body is that they increase the blood sugar levels, and after some time, this translates to problems with insulin resistance, which in the long run can lead to full-blown diabetes. What’s more? They won’t help your waistline either.

Deep-fried foods such as French fries, onions rings, and the likes are as well American classics. What will a restaurant do without them? However these foods may taste pretty good, unfortunately, they are dangerous to your body. Due to their mode of preparation, these foods contain lots of saturated fats which can cause heart disease problems and also diabetes and obesity.

At night all over America, families seat on the couch with microwave popcorn watching a movie. Although this is an unhealthy habit itself. Actually, lots of companies offer the “light” versions of microwave popcorns which have reduced-sodium or fat, but that is not the major problem. The real problem is actually the bag used to package the popcorns. The inner lining of these bags contains Perfluorooctanoic Acid (PFOA) which has been linked with thyroid gland disorders, lung diseases, and cancer. 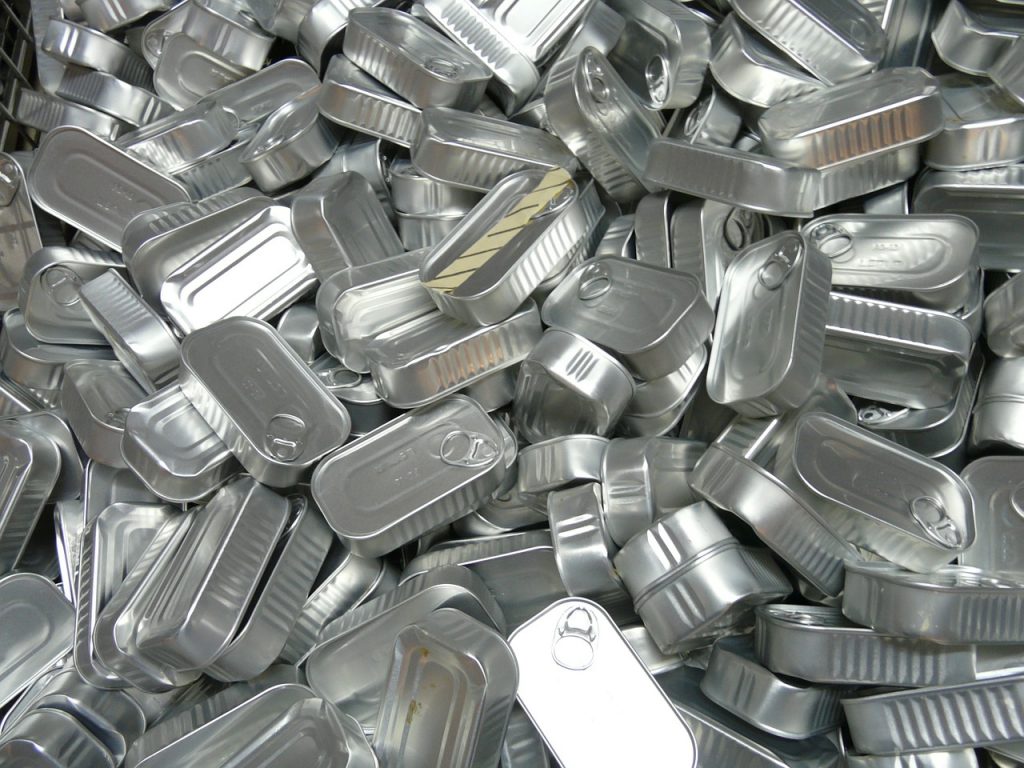 Canned foods could be tomato soup, vegetables, or beans. They are staples found in an American diet and are also incredibly convenient. That said, the inner lining of these cans contains a chemical compound called Bisphenol A (BPA), which filters into these canned foods. BPA is associated with an inference of hormone levels and can as well cause problems like obesity and early puberty. 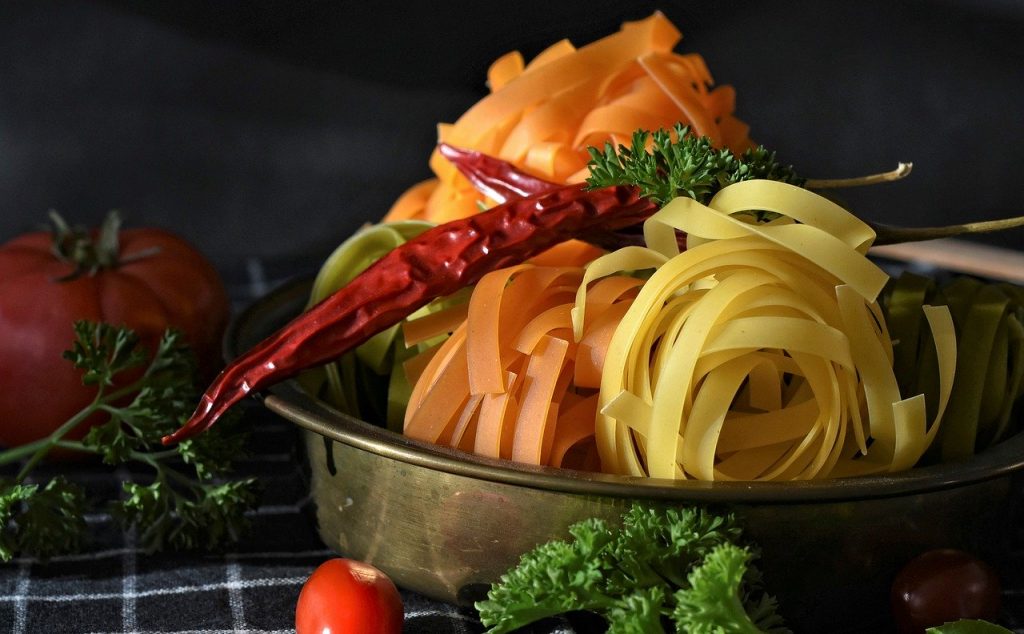 Instant noodles (Ramen) are the conventional fast food for students across the nation. However, they don’t exactly make a good diet. They comprise mostly of calories while providing few nutrients. However, they contain a great deal of sodium. Sodium diets are associated with increased blood pressure, which in the long run is a noteworthy risk factor for strokes and heart attacks. Consumption of these ramen noodles has been associated with high cholesterol and many other medical issues.

Who doesn’t remember the good old days in school when Wonder Bread sandwiches were packed in their lunch box every day? Unfortunately, white bread also has been uncovered for the danger it poses since the grain white bread is produced from has been stripped of its bran and germ. White bread, therefore, contains almost no nutrients and this has to be included artificially! The risk White Bread poses has been associated with illnesses such as increased weight, high blood sugar, and an increased risk of developing diabetes. 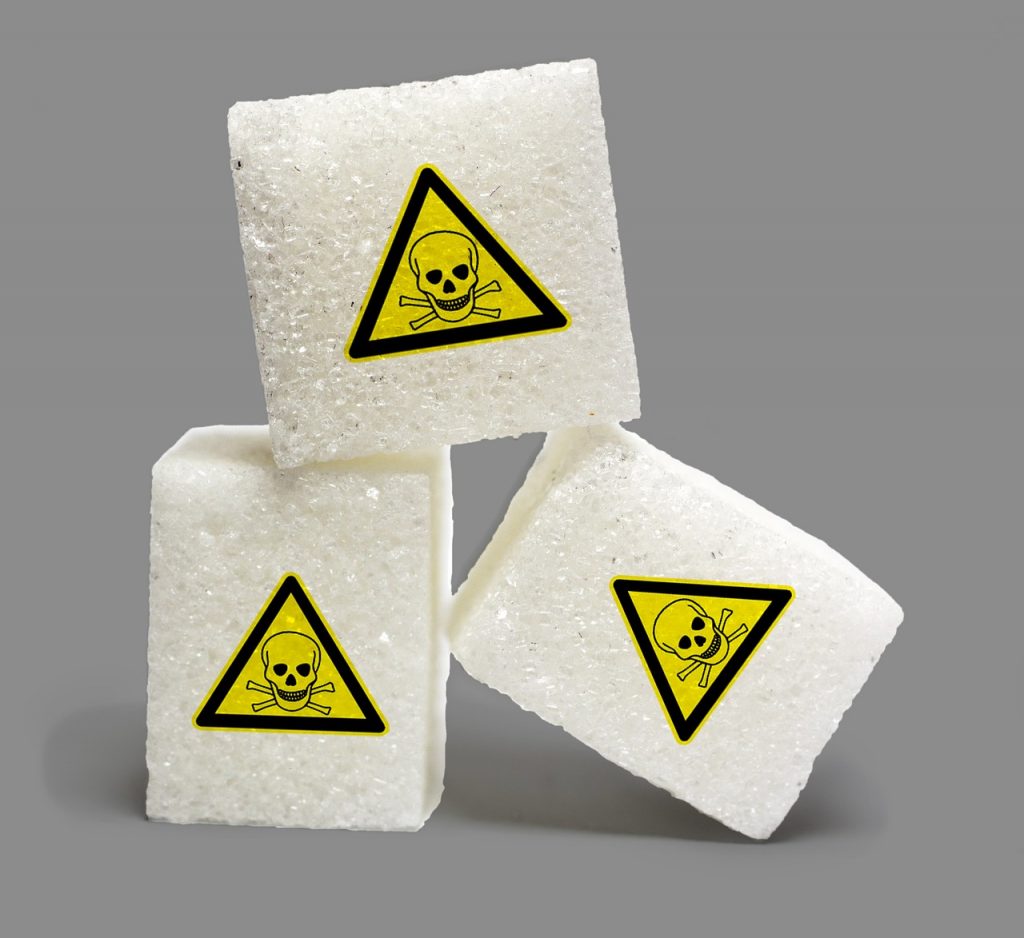 Doctors say sugar is the number one enemy to all humanity. This sweet toxin causes a spike in blood sugar levels causing diabetes, insulin sensitivity, and stress to the pancreas. That’s not all; sugar has been known to be the cause of aging, cancer, and other diseases. Sugar can increase your triglyceride levels resulting in heart disease. So instead of taking sugary drinks or drinks with sweeteners, go for water or teas. In all, reduce sugar intake. Avoid it if possible. 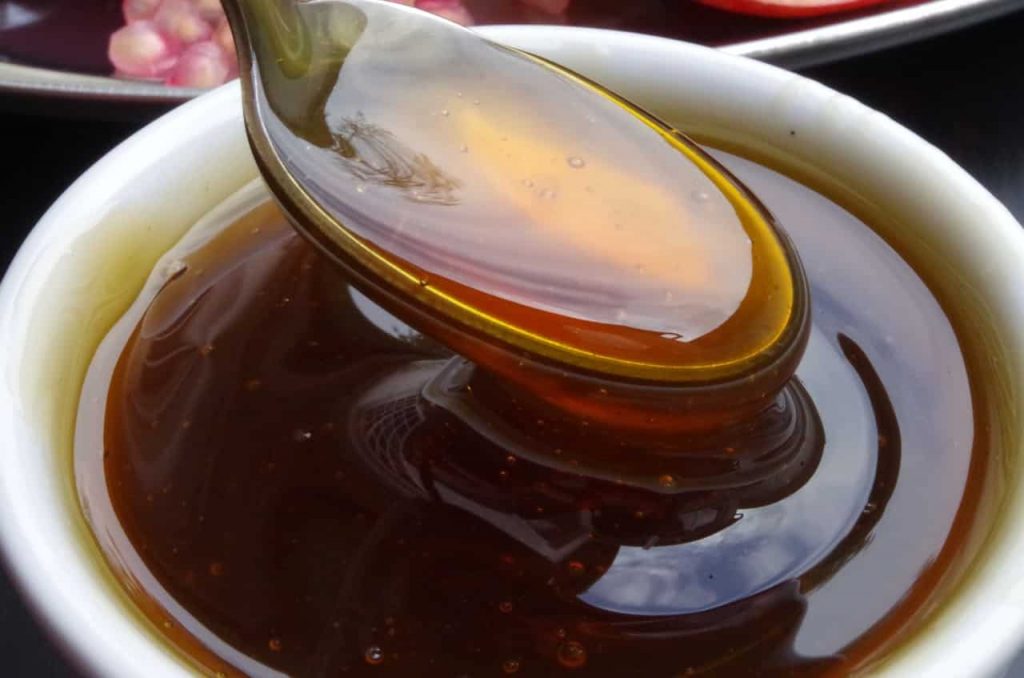 Honey is one food that is commonly known to many as a natural antibiotic hence why it is in great demand. It is highly beneficial to health as it has many properties. It was reported by theDailyMeal.com that unpasteurized honey contains a toxin called grayanotoxin. It is known to cause dizziness, excessive sweating, nausea, and even vomiting.  It also causes botulism in children, a rare form of poisoning. This condition is characterized by blurred vision, weakness, and trouble speaking. 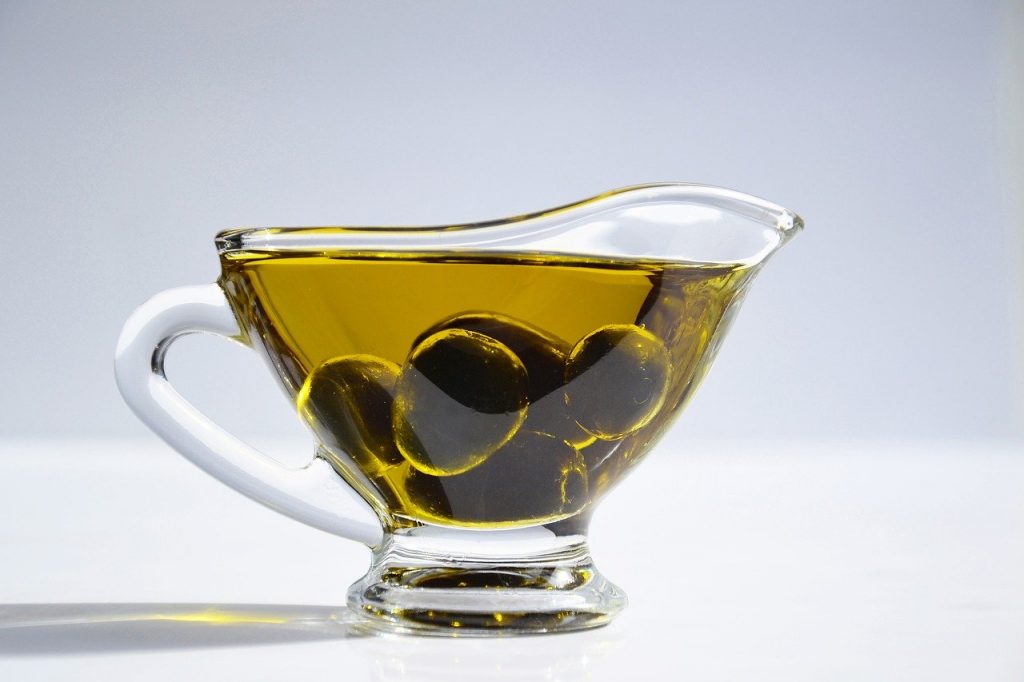 Using the wrong type of oil can go against your goal of losing that last ten pounds you really wanted to drop. Yes, it is a true vegetable and its oil is good for your health but most of the so-called “vegetable oils” are not. They are all GMO. Most of these oils in the market; canola oil, cottonseed oil, soybean oil, and many others are all genetically modified. If you make use of these oils, it is going to slow down your fat loss efforts and cause you to store unwanted body fat. These oils contain hydrogenated oils (trans-fat) which can cause havoc to your health. An alternative is to use healthier oils. Replace all your vegetable oils with coconut oil and grass-fed butter to boost your metabolism. Consuming these two will indeed help in burning your body fat. 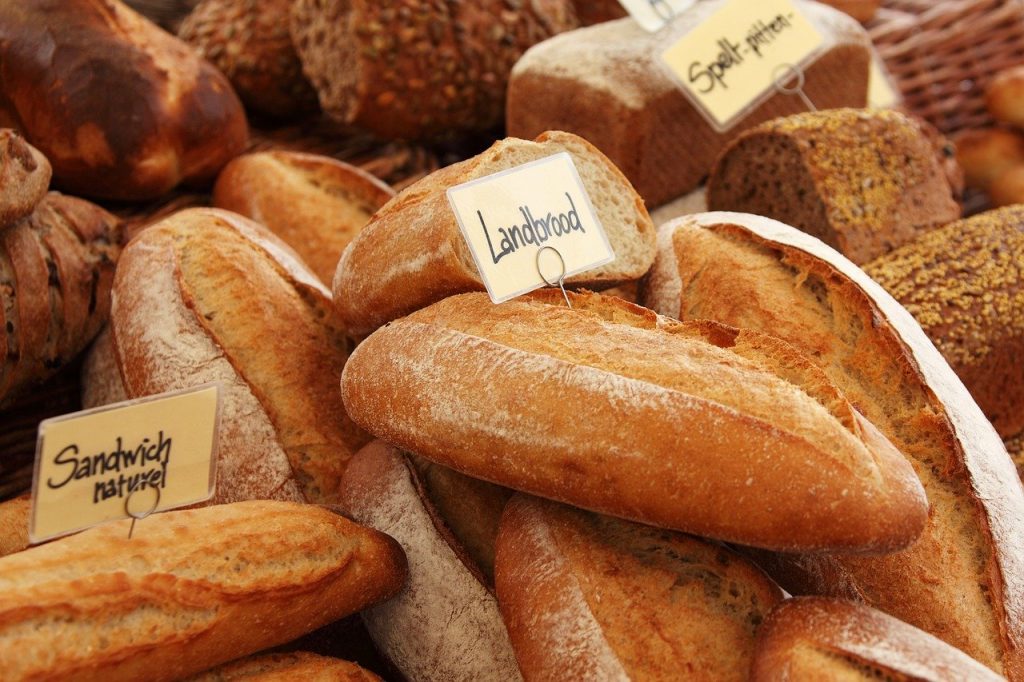 Wheat is sufficiently infused in food products like bread and also used in preparing other baked food products.

Wheat is a source of carbohydrate known as amylopectin-A. This substance can cause a rapid increase in blood sugar levels way more than any other food on earth. An increase in blood sugar level consequently causes an overproduction of insulin by the pancreatic cells. As time goes on, the pancreas ends up worn out and stressed leading to insulin resistance and diabetes.

Dr. Williams Davis identifies wheat as a chronic poison as it also contains a protein known as gluten. Gluten is known to cause about 55 diseases with cancer, heart disease, IBS, and other autoimmune diseases being inclusive.

Wheat also contains compounds like phytates which obstructs macro minerals absorption. Examples of these minerals include zinc, iron, calcium, and others. This could end up causing a mineral deficiency.

Now you are familiar with the foods that are of no essential value to your body. some of these foods are well known as American classics – however, the risk they pose does not worth them being added to your daily diet. Instead of taking these favorites, consider alternatives like organic grass-fed butter in place of margarine or whole grain bread in lieu of white bread. These foods are not only delicious but also far healthier for your body.