Home
All Around
Successful People with Bipolar Disorder

Bipolar disorder is a mental illness that causes the sufferer to experience extreme mood swings. The latest statistics show that Around 2.3 million Americans suffer from bipolar disorder . People with Bipolar Disorder can be successful, It is possible and common for someone with bipolar disorder to live a happy, healthy life.

The key is finding the right treatment and support system in order to manage the illness. if you suffer from this illness remember you’re not alone. kiwiwell made a list of 18  successful people with Bipolar disorder. 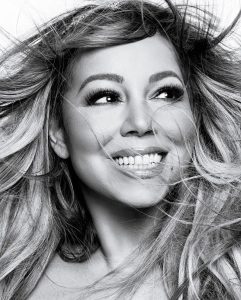 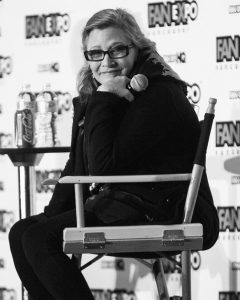 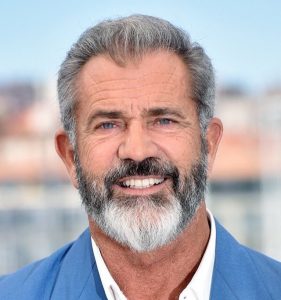 From stand-up comedy to MTV, to a few roles in Forgetting Sarah Marshall and Despicable Me, Russell Brand became very famous. As a youth, he was diagnosed with bipolar disorder, and because of controversial remarks, he had to lose his jobs with both MTV and BBC. His marriage to Katy Perry crashed under two years. His first autobiography published in 2007 revealed how he struggled with drug abuse recovery. Brian Wilson made his name in the California surfing sound. With the Beach Boys, he produced 16 single hit and nine albums in just three years. After being diagnosed with bipolar disorder, he became physically and emotionally unstable to compose songs or tours for many decades. Kurt Cobain, the co-founder of Nirvana, suffered deficit disorder as a child and bipolar disorder at a later time, but he never sought treatment. He was a huge success as the leader of Seattle’s grunge rock movement but couldn’t cope with depression. So, aged 27, he decided to take his own life in 1994. Jimi Hendrix, the rock guitar legend, had so many negative waves hanging around his neck. He was expelled from school, stole a car, and couldn’t stay in the Army more than a year before his commanding officers okayed an early discharge for him. “Manic Depression,” the song he later wrote detailed his trouble with mood swings. His performances at Monterey and Woodstock still shock many people till date, despite his mental health issues. He died at 27 in 1970. Ted Turner, the founder of Turner Broadcasting and CNN, has battled bipolar disorder and depression for many years. But that couldn’t stop him from turning a small independent television in Atlanta to a global media conglomerate. He later owned the Atlanta Braves and Hawks and won America’s Cup. Vivien Leigh, the wife of acclaimed actor Laurence Olivier, hit fame in Gone With The Wind, a movie where she starred in the role of Scarlett O’Hara. People say she had a too difficult reputation on set, and she suffered severe depression and mania in adulthood. She had to go through electroshock therapy treatment because of her condition. Frank Sinatra became an idol in movies and stage shows at her teenage. He went on to sell over 150 million records and became a Las Vegas headliner. In From Here to Eternity, he won an Academy Award as Best Supporting Actor for his stellar performance in the movie. Sinatra had want could be described as a legendary volatile temper, just like his charity too. Jean-Claude Van Damme is a Belgian and martial arts action film star. At 10, he started studying karate, and 8 years later, he earned his black belt. Bloodsport, his 1988 breakthrough film, shot him to limelight but later realized that he had bipolar disorder. He revealed that he took medication for mood swings in 2011, a disorder symptom he has been nursing since childhood. Being a TV anchor and journalist, Jane Pauley hit the spotlight after she replaced Barbara Walters on Today, NBC’s show in 1976. From 1992 to 2002, she co-anchored Dateline, another NBC’s show, but she currently anchors Sunday Morning, a CBS show. In 2004, she said she has been struggling with bipolar disorder. Winston Churchill moved many people via stirring speeches and radio broadcasts against Germany, being the first lord of the Admiralty when the First World War started, as well as the British Prime Minister during the Second World War. But then, depression, lack of sleep, and suicidal thoughts, which he termed as his “black dog” battled him from all sides. His condition didn’t stop him from author 43 books or earn a Nobel Prize in Literature. At 90, he died in 1965.