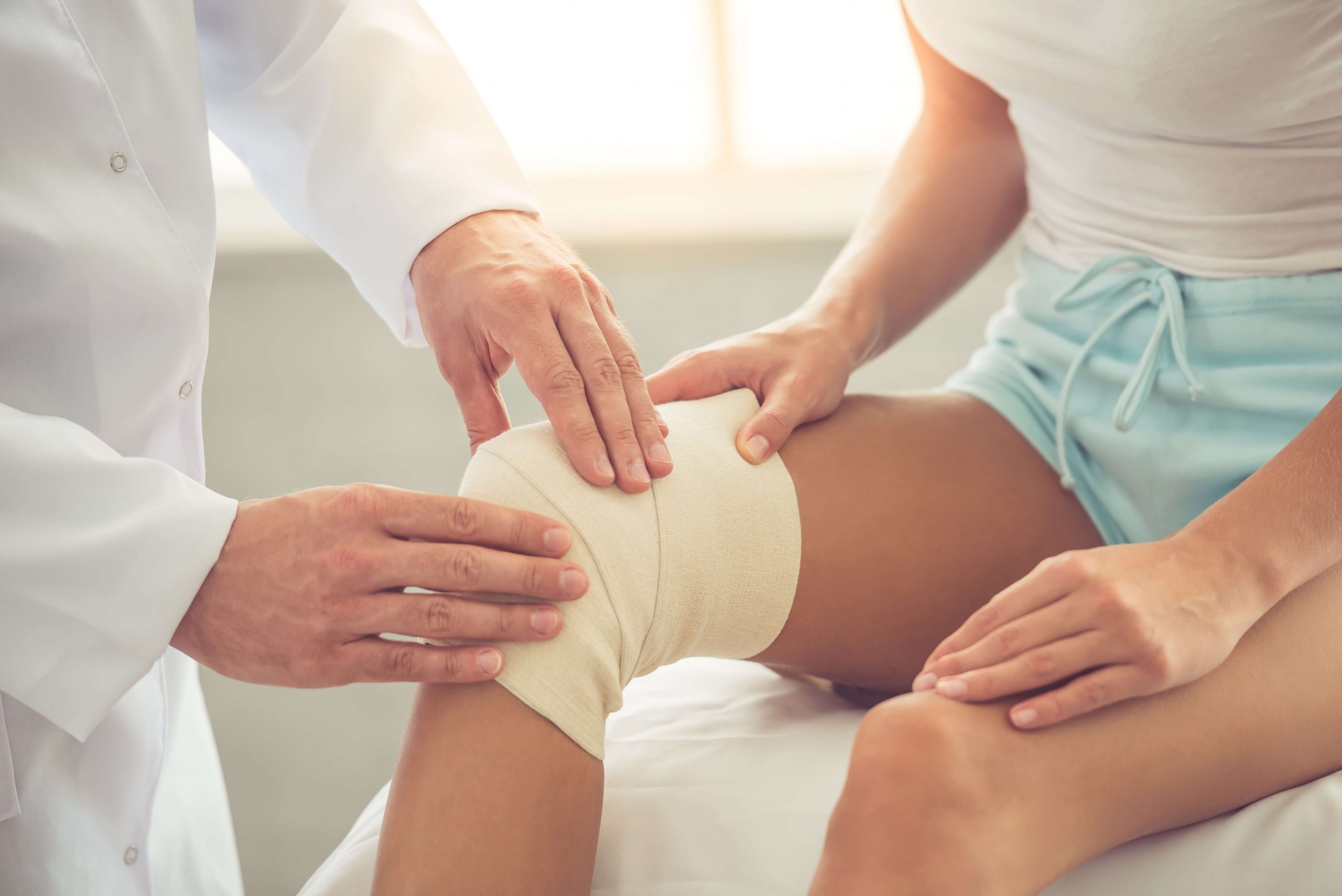 Any form of discomfort in the joint area especially on your knee will have a negative effect on your daily activities. It could be caused by arthritis, injuries or stress. The joints as we know is vital for every locomotive activities you embark on,  and it is obvious you will feel so discomforted being restrained. Doctors could prescribe pain killers or OTC that could help relieve you of such pains but it can come with a lot of side-effects that might swap a pain region for another.

The good news is that there are natural remedies you could use to get through these. There are nine different beverages that can help relieve the pains without any negative side-effects. They could minimize inflammation which is the ultimate source of most joint pains

Consumption of anti-inflammatory substances in liquid forms can help improve hydration in your body. Adequate intake of water can keep your joints lubricated and increase blood flow. 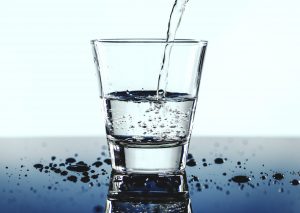 The human body is made up of about 70 per cent of water and upon dehydration, it reduces the flexibility of the joints to work smoothly. Lacking sufficient water can also mean that your body will be less capable of flushing toxins that can cause inflammations. In the cases of joint pains, ensure to take two litres of freshly filtered tap water per day. It must not necessarily be fancy vitamin water because there are chances you might pee out all of the extra nutrients they contain and also because they possess added sugar. Bottled water can also be recommended although pulled from the same tap. 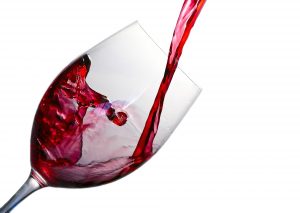 Even though alcohol can make you feel light-headed thereby reducing pains red wine, in particular, contains a substance called Resveratrol, a very powerful compound anti-inflammatory property. Taking a glass or two on a regular basis can help reduce your risk of developing chronic joint diseases like Osteoarthritis and Rheumatoid arthritis do not drink exceedingly because too much alcohol can be dehydrating and can turn around to be dehydrating and can also cause the inflammation you are wanting to curb. Resveratrol can also be gotten From red grape or red grape juice, it must not necessarily be wine. 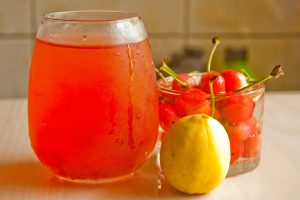 Because of the high-level sugar contained in juice, it is usually discouraged for people with joint pains. Sugar can be quite inflammatory and there is no fibre in the juice to moderate the amount of released sugar into the bloodstream. Natural fruit drinks are the best choice because they contain the right amount of fibre together with its sweetness. However, there is an exception to the no juice rule. Studies have shown that Tart cherry juice, can reduce inflammations and swollen, relieving osteoarthritis and all of its symptoms. 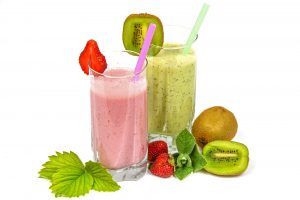 Smoothies contain lots of fibre and are rich in vegies which can be added in the smoothie. Excess juice input must be avoided while the addition of yoghurt can help make the texture smooth and contains some healthy probiotics as well.  It must be noted that any or every daily fruit and veggies supplements are helpful in relieving knee and joint pains because they contain lots of antioxidants. Inflammations in the body are enhanced by free medical damages, and these antioxidants bind well with free radicals to neutralize inflammation. 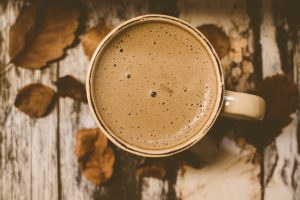 There exist a contradicting notion surrounding coffee and joint pains. While some say coffee can increase the risk of developing arthritis, others note that it could reduce the risk of gout ( a painful form of arthritis that involves uric acid crystals in the joints).  Nevertheless, coffee equally contains inflammation-fighting Polyphenols. This shouldn’t discourage you from drinking coffee because your morning brew may help reduce your knee or joint pains. Minimize your consumption to four or fewer cups per day as no ill effects as been found on joints taking in such amounts. 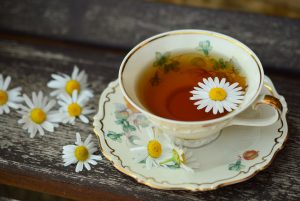 A cup or cups of tea can be taken in place of coffee. Whether black, green or white teas all contain doses of antioxidants polyphenols in your joints, but also note that they are not all equal. Green teas have the most antioxidants followed closely by white and then black.  Green tea has a particular type of polyphenol called Epigallocatechin 3-gallate (EGCG) for the protection of bones and surrounding cartilage. It can also your joints structure reducing inflammation and relieving the pains you experience 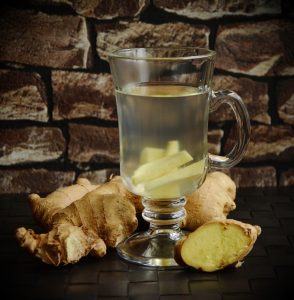 Ginger is popular for its anti-inflammatory properties which can prevent the release of inflammatory molecules such as prostaglandin and leukotriene and also pro-inflammatory cytokines a type of protein found in cells. Ginger contains gingerol a type of compound which reduces inflammation and soothes sour muscles. Beverages that also contains ginger helps in reducing joint pains but it’s best to prepare it at home in other to avoid the intake of sugary ginger soda. 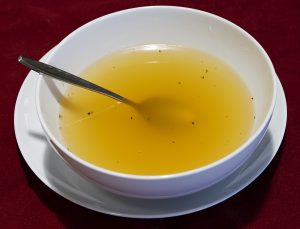 There are capsules or powder supplements for joint diseases called glucosamine and chondroitin. It is most popular with people who experience joint pains but it shouldn’t be consumed in pill form. Bone broth from chicken bones also contains glucosamine and chondroitin because it is gotten in the cartilages within those chicken bones.  It can also fight inflammation because it contains collagen which is an essential element in the joint structure 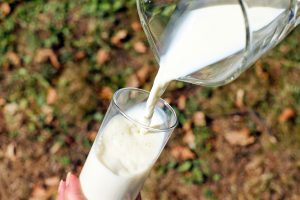 Milk contains a high level of calcium that strengthens bones and helps them maintain density because joint pains are not just about bones meeting up, it is mostly about the overall health of your bones which can make an impact in your pain levels as well. That is why milk is very important because studies have been proven that taking adequate milk will slow the progression of osteoarthritis and completely eliminate gouts but for a person who has a high sensitivity to dairy products, milk may instead of soothing your pains it escalates it. If you fall under this category, it advisable to eat more green veggies and nuts to replenish the lost/required amount of nutrients needed.

Although you could always try to pop up a pill to relieve you of the pains it is obviously not always a wise choice because of the negative side effects associated mostly with pain killers. The best thing to do to eliminate knee and joint pains is to stay properly hydrated and naturally reducing them

You could try these natural remedies outlined above and you will be surely amazed by how much better you will feel, with the intake of good nutrients and proper hydrations.